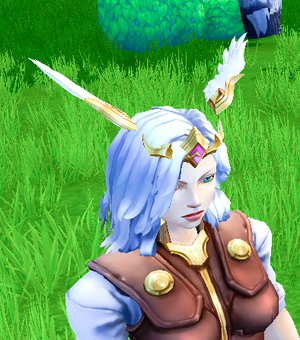 Description in the recipe: One of the royal families in times of Magic Rush ordered a jewelry set for their young daughter. Instead of jewels, magical gems were used. Wanting to impress people, the girl constantly put it on, and only much later noted the lightness it gives while dancing.

Quote on item: «She moved with unmatched elegance, even after a few hours she was not shackled by fatigue.»

The recipe can be bought from Anastasia for simple gems.